International alliance for the protection of heritage in conflict areas - ALIPH

"The International alliance for the protection of heritage in conflict areas (ALIPH) is the main global fund exclusively dedicated to the protection and rehabilitation of cultural heritage in conflict zones and post-conflict situations. It was created in response to the massive destruction of cultural heritage over the past decade, predominantly as a result of terrorism and war in the Middle East and the Sahel. ALIPH was founded in 2017 as a public-private partnership assembling initially seven countries and three private donors. Based in Geneva, this Foundation under Swiss law also benefits of the privileges and immunities of an international organization, thanks to a Headquarter agreement signed with the Swiss Confederation. To date, ALIPH has supported nearly 180 projects over 30 countries on 4 continents. Wherever possible ALIPH finances initiatives that are carried out on the ground. In all cases, ALIPH’s objective is to work hand in hand with local partners, authorities, and communities." 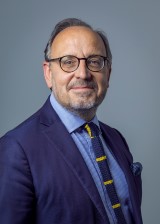